This research roundup includes some exciting recent work in fields that have been previously unexplored, as well as work from the past few years which I wasn’t previously aware of. 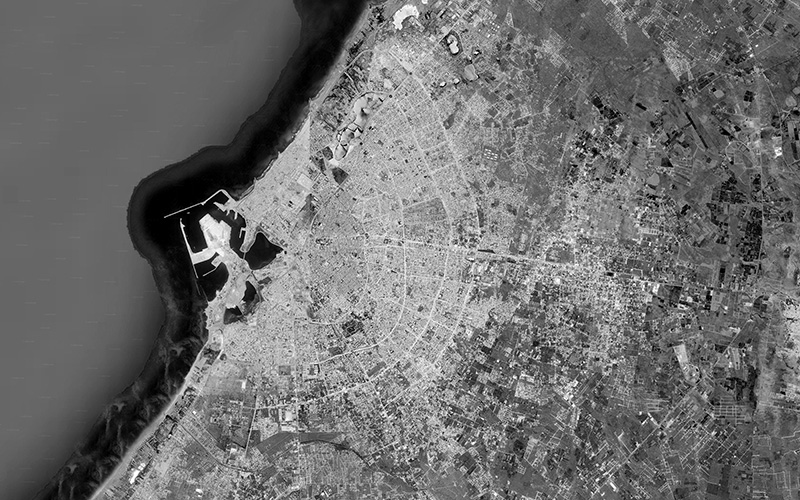 The persistence of tribalism in countries of the Middle East and North Africa has posed a challenge to researchers and practitioners seeking to understand the political and social drivers of change in the region, particularly after the 2011 revolutions which saw the collapse of many governments and a resurgence in the prominence of tribal networks. The presence and role of tribal structures in cities – one of many non-state actors attempting to fill the governance gap – has increasingly become a key element in how they function today, particularly in planning, service delivery and security.

The accepted binary that places tribalism as a nomadic or rural practice – one which diminishes in settled and urban populations – is no longer adequate to understand developments occurring in the social, political and spatial arenas of these cities. Tribal networks have evolved and adapted over the years, both influencing and being affected by state policies and laws. Studies that attempt to understand tribal phenomena outside of anthropology tend to look at the relationship between tribe and state without examining how this relationship plays out in urban areas.

This research aims to reconceptualise the notion of tribalism in the MENA region in order to understand contemporary urban tribal practices, by looking at the tribe and the urban rather than the tribe and state alone. It will first establish a framework of understanding tribalism that builds on Ibn Khaldun’s conception of the Arab tribe as a form of social solidary, placing this within the notion of precarious urbanism. It will then look at the case of urban tribalism in Libya, analysing the relationship between tribalism, the state and the city, in order to understand why tribalism persists and what impact it has on city planning today. This will be explored in depth by analysing the current role of tribalism in Benghazi’s peripheral areas.

Elfeituri, Nada. 2021. The “Solidere” Effect and the Localisation of Heritage Reconstruction in Post-war Transitions, Libya. In Historic Cities in the Face of Disasters: Reconstruction, Recovery and Resilience of Societies (The Urban Book Series), 301–316. (paywalled)

In the wake of mass urban conflicts across the Middle East and North Africa (MENA), the most pressing question has been how reconstruction can be achieved on a large scale. Cities such as Benghazi, Aleppo and Mosul have witnessed widespread destruction that will take billions of dollars and decades to repair. With such a momentous task, many governments in the region appear to be looking towards the “Solidere” model of reconstruction that was applied in downtown Beirut after the Lebanese civil war, a model built around “disaster capitalism” in which new laws facilitate the role of private companies to lead the process. While there have been countless criticisms of the effect that this process had in Beirut, the region offers few other examples of successful reconstruction projects. Indeed, with the current climate of authoritarian rule, it is the central governments rather than residents themselves who have decision-making power to shape the reconstructed city. These decisions are driven not only by economic opportunities but by socio-political strategy, namely what should be forgotten and what will remain in the post-war city. Within this process, the efforts of citizens and local actors—often the first to initiate reconstruction of their neighbourhoods—are often overlooked or ignored. There have been increasing calls for more locally led reconstruction processes that are driven by people rather than profit, within the wider shift towards more participatory processes in urban development. These processes can be seen as more inclusive and sustainable than the “Solidere” model of reconstruction, but there is limited literature regarding how these local mechanisms operate in reconstruction contexts in the MENA region, and how they can fit into wider political processes. The aim of this chapter is to investigate local reconstruction efforts and how they play out in heritage centres. It focuses specifically on the case of downtown Benghazi’s reconstruction in Libya after the 2014 civil war. It will conclude by attempting to answer the question of what place local reconstruction should have in national visions of urban redevelopment in cities affected by conflict.

Musbahi, Moad. 2018. The Sahara Is Not a Desert: Re-Mapping Libya, Unravelling the State. The Funambulist No. 18 (Cartography & Power). (online) 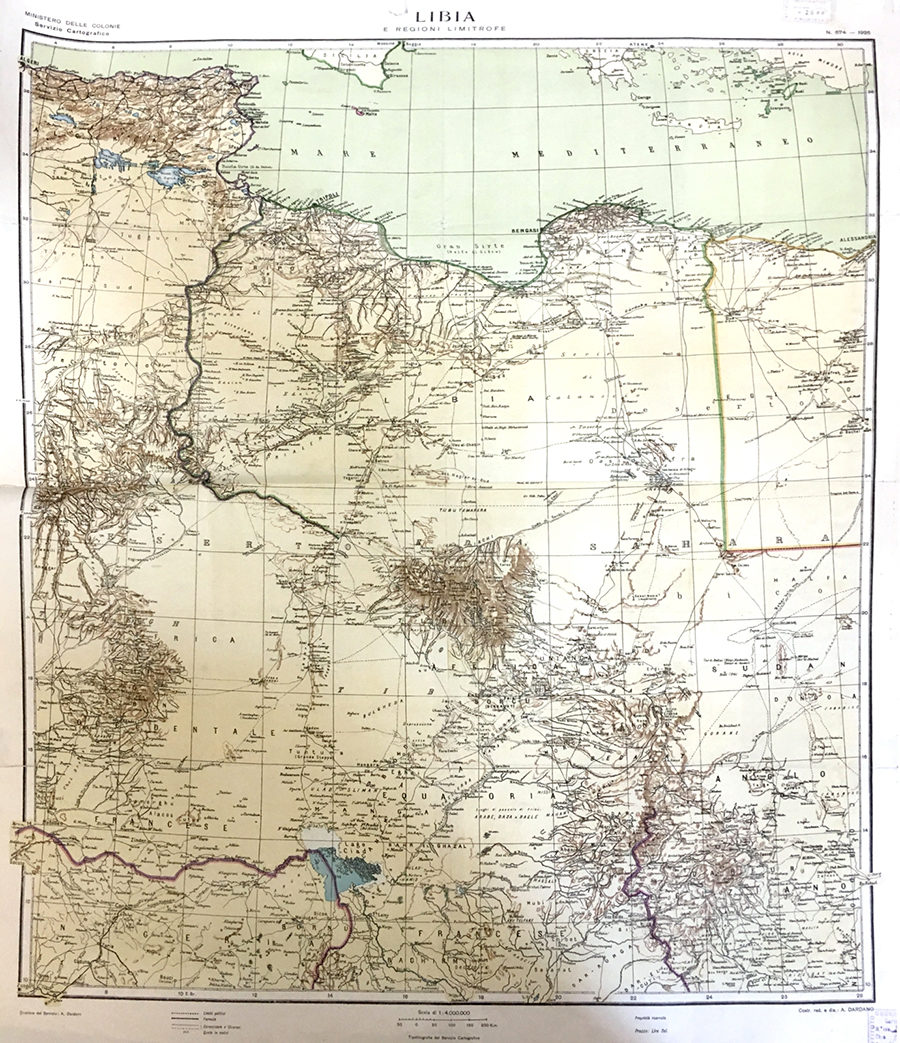 This map shows Libya in the moment prior to the 1935 Franco-Italian agreement that decided the demarcation of the southern border. / Istituto Geografico Militare (1926), photo by Moad Musbahi.

Bertazzini, Mattia Cosma. 2019. The economic impact of Italian colonial investments in Libya and in the Horn of Africa, 1920-2000. PhD thesis, London School of Economics and Political Science. (online)

This dissertation examines the micro-level effects of Italian colonial investments in Libya, Somalia, Eritrea, and Ethiopia, and sheds light on both their short and long-term impact. It focuses on two flagship projects, launched by the dictator Benito Mussolini during the 1930s, namely the construction of a modern road network in the Horn of Africa and the settlement of Italian farmers in Libya. The contributions are twofold. First, this thesis focuses on types of colonial investment that have not been studied before, while looking at a group of colonies that have previously been neglected by the cliometrics revolution in African economic history. Thus, it enhances our understanding of the effect of colonialism in general and, on Africa, in particular. Second, by exploiting a set of quasi-natural experiments from the history of Italian colonialism to explore the micro-effect of specific policies, this thesis also contributes to the economic geography and development literatures that have looked at the determinants of agglomeration and productivity in developing countries. It is structured around three substantive chapters. The first one studies the effect of Italian road construction in the Horn of Africa on economic development and shows how locations that enjoyed a first-mover advantage in transportation thanks to the Italian road network are significantly wealthier today. The second substantive chapter assesses the effect of Italian agricultural settlement on indigenous agriculture in Libya at the end of the colonial period and pinpoints an adverse effect of Italian presence on Libyan productivity. Finally, the third substantive chapter studies the effect of the expulsion of Italian farmers from Libya after World War II and finds a reduction in agricultural commercialization in affected districts following the shock.